Recently, I had my introduction to mechanical keyboards. After starting with a second-hand Pok3r and trying out a Ducky One 2 SF, a Tab 75 and a Cypher, I think I found a good match. 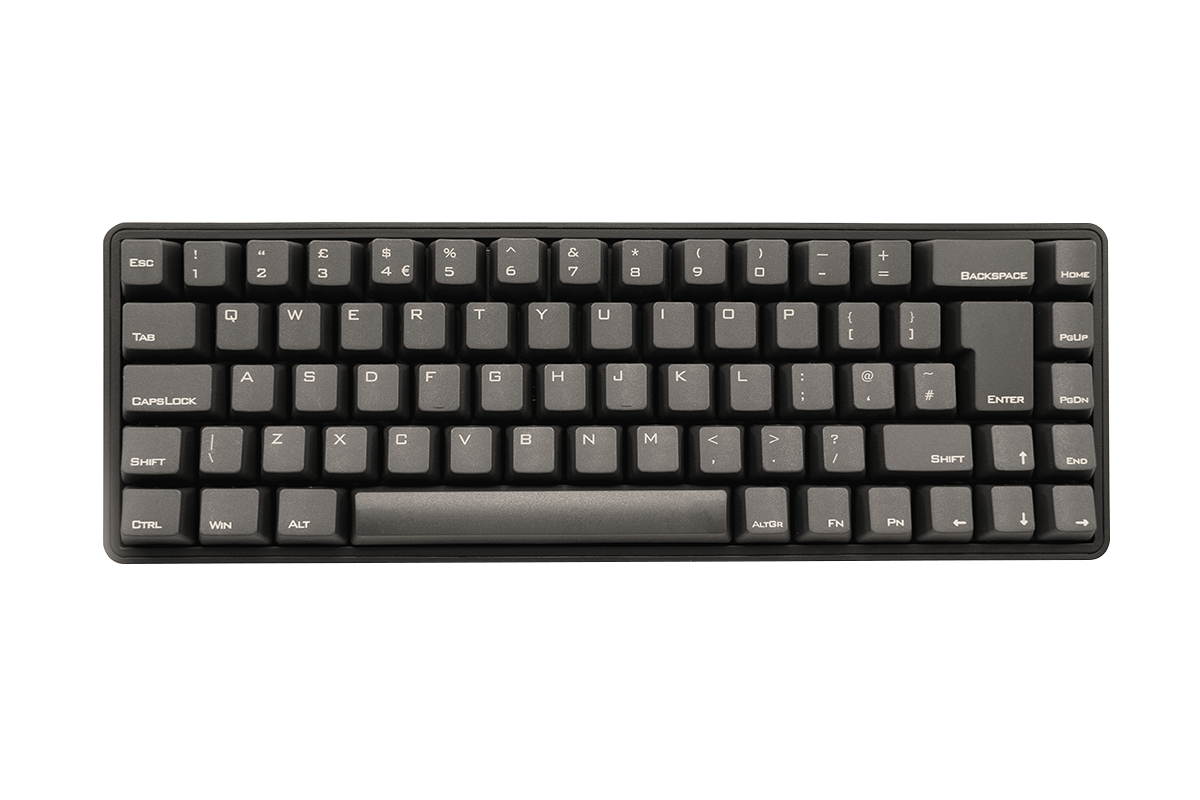 A cool feature of most Vortex keyboards is the ability to program and override almost any key. This is especially important on smaller keyboards, like their Core 40%, but it’s still quite useful in order to tune a keyboard just for your use case.

I’ve used a Pok3r and it was almost perfect, but the fact it had no dedicated arrow keys was a deal breaker to me(they were only reachable by pressing Fn plus other keys). The Cypher model corrects that and, with a few changes, ticks all the boxes for me. Here’s my current layout (lighter grey highlighting the keys I’ve changed):

I won’t include in this post how to customise the keyboard, you can read that directly from the source (by checking the Cypher’s and Pok3r’s manuals). After a few tweaks, this is my final layout (with preprogrammed media keys Vortex keyboards already include):