I’ve found myself a few times waiting to move a whole project away from GitHub, but I keep forgetting about the process for such. Don’t get me wrong, there is nothing wrong with GitHub. But regarding projects I wish to keep private, when I think I could keep them on Bitbucket or GitLab for free and still keep their privacy, I start to wonder if I should jsut move them all to these platforms and keep on GitHub only what I wish to publicaly release. OK, so let’s assume you have a project on GiHub but you want to move it to, say, GitLab. The process to do so can be quite simple, mostly relying on changing the origin remote of that git repository.

First, make sure you create a new project on GitLab:

Fill up all the information you need and click ‘Create project’: 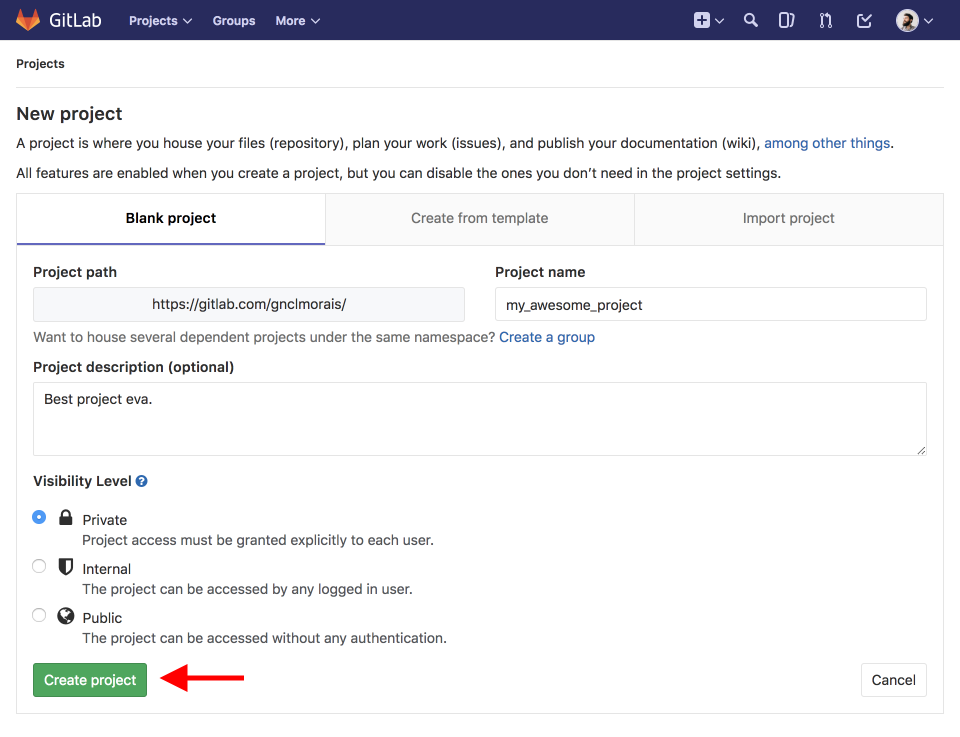 Now that we have a new project, grab the git link of the project (just click and it will be copied):

Sweet, we got ourselves a remote link to point to. Now we go into out project’s folder (the one we had hosted on GitHub) and we replace the origin remote, basically telling git to push its changes into a different place in the cloud: